A 46-year-old man presented with a four-week history of progressive bilateral visual loss. He also reported malaise, fever, anorexia, and night sweats, and had lost 14 kg in weight. He denied any history of exposure to HIV-related risk factors. 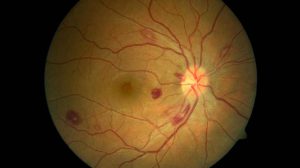 Visual acuities at presentation were 6/36 in each eye with quiet anterior segments.

By examining fundus, Roth Spots were found central and adjacent to both arcades, Fundus image was taken at the best quality as following ; 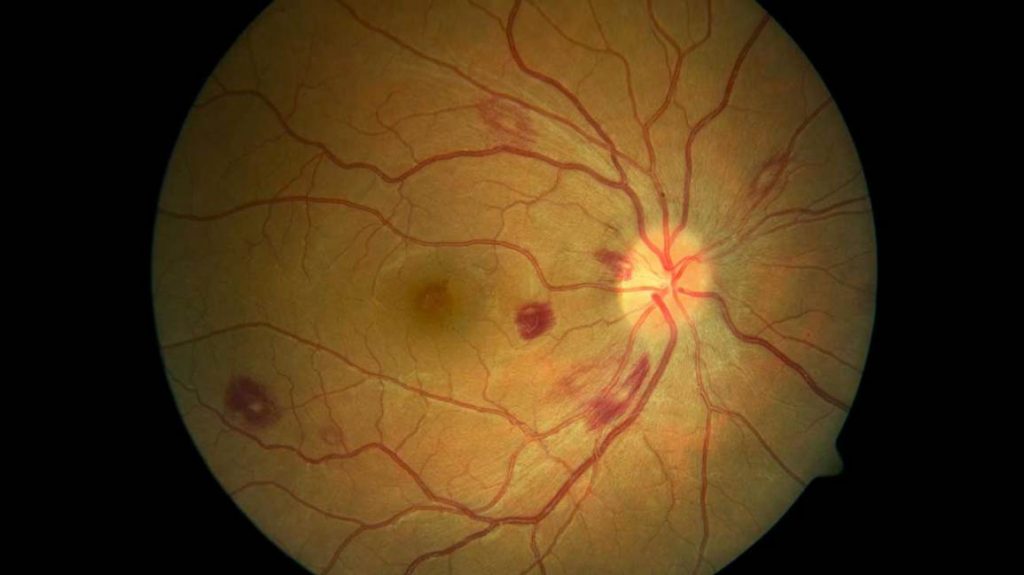 Based on the previous history and examination, what will be your differential diagnosis to such a case?

Let’s know more in-depth about Roth spots sign,… Then we will get back to differential diagnosis.

Roth Spots are defined as a white-centered retinal hemorrhage and are associated with multiple systemic illnesses, most commonly bacterial endocarditis. Originally described by Moritz Roth in 1872 while at the University of Basel,

Roth spots were first seen in individuals with bacteremia secondary to subacute bacterial endocarditis. The retinal findings Roth made in 1872 were described as round, oval, or flame-shaped hemorrhages with a central white spot.

Although originally described by Roth, Roth spots earned their name only later by the (biologist) Litten in 1878. Litten made more detailed observations of these entities and claimed they appeared in approximately 80% of cases of subacute bacterial endocarditis, thus cementing the hallmark association.

they can be seen in a wide variety of conditions, and more recent research has found that only 2% of patients with endocarditis had Roth spots present on their retina.

Though Roth spots are usually thought of as pathognomonic for bacterial endocarditis, they can occur in a number of conditions. 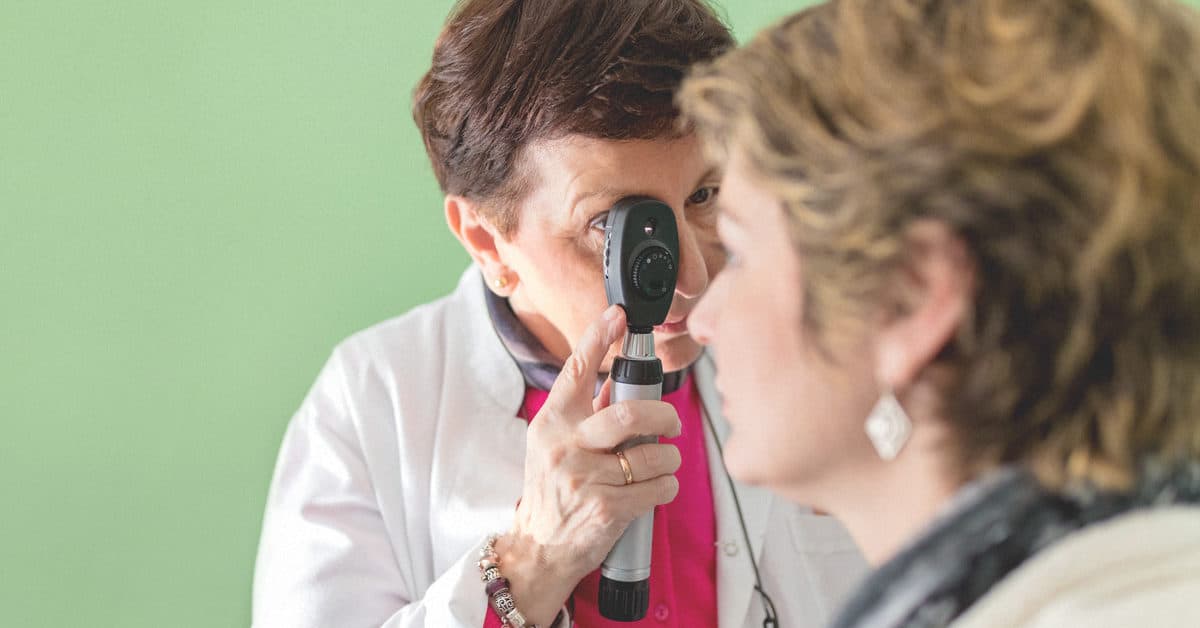 The presence of underlying disease-promoting abnormal retinal blood vessels (e.g., diabetes and hypertension) is linked to the development of Roth spots. Patients with a genetic predisposition to leukemia/ lymphoma are at higher risk of developing Roth spots.

A series of investigations beginning in the 1960s demonstrated that the white center of Roth spots represents a fibrin thrombus, platelet aggregates, and infiltrating red blood cells at the site of a previous vessel rupture.

These findings resulted in a more coherent understanding of the pathogenesis of Roth spots. Specifically, rupture of retinal capillaries results in the extrusion of whole blood and subsequent platelet adhesion to the damaged endothelium.

The resulting coagulation cascade then results in a platelet-fibrin thrombus, which results in the pale lesion appearing at the center of the hemorrhage red lesion.

Roth believed these spots represented disseminated embolic foci of bacterial abscesses originating from infective vegetation on heart valves. Early investigators into the histopathology of Roth spots were surprised by the lack of leukocytes in the white center of the lesions examined in patients who died of sepsis.

Roth’s initial suspicion that these represented foci of the bacterial abscess were thus called into question in light of these histopathological findings. It is now believed that Roth spots are the result of retinal capillary rupture and intraretinal hemorrhage.

A common thread found in the conditions associated with Roth spots ..

Which is a predisposition for endothelial dysfunction allowing for retinal capillary disruption. Histological examination reveals that the white-centered lesions are composed mostly of fibrin, which represents extravasation and a fibrin-platelet plug at the site of vessel rupture.

Roth spots alone are largely asymptomatic. Visual disturbance due to Roth spots is rare but can occur with macular involvement.

Detection of Roth spots on fundoscopy can be a sign of underlying disease, and if found incidentally, referral to a primary care physician or internist for evaluation and work-up of systemic disease is suggested. 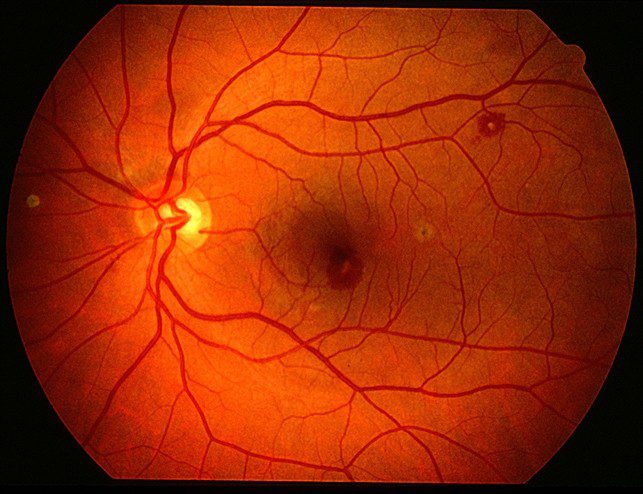 As Roth spots are non-specific ophthalmic findings, a thorough history should be taken with particular attention to the past medical history of :

A full review of systems related to infective endocarditis and bleeding disorders such as fevers, chills, night sweats, unexplained weight loss, fatigue, abnormal bleeding or bruising, and shortness of breath should be reviewed.

Roth spots are signs of systemic illness and the patient’s vital signs and overall hemodynamic stability should be assessed.

On fundoscopic exam, Roth spots will appear as round flame-shaped hemorrhage with a white/pale center (variable in size), commonly in the posterior pole.

Full dilated exam with scleral depression evaluating for other retinal abnormalities that may accompany Roth spots may give insight into the underlying disease process (e.g., other signs of diabetic retinopathy).

Digital clubbing, the presence or absence of splenomegaly, and respiratory abnormalities can help point towards leukemia as the underlying disease.

The initial evaluation is based largely on a thorough history, review of systems, and physical exam.

If there is clinical suspicion for endocarditis, lab work should include CBC with differential, erythrocyte sedimentation rate, C-reactive protein, and blood cultures should be drawn, with antibiotic treatment started immediately after blood cultures are taken.

A transthoracic echocardiogram should be obtained to evaluate for definitive signs such as vegetations.

Tests such as peripheral blood smears should be obtained if history and physical raise clinical suspicion for leukemias, lymphomas, anemias, thrombocytopenia, etc.

HIV antibody testing should be done if the patient has any risk factors or suggestive findings on history or physical exam.

If carbon monoxide poisoning is suspected quantification by co-oximetry of a blood gas sample should be obtained.

HgB A1C and plasma glucose should be performed if there is any clinical suspicion of diabetes mellitus.

spectral-domain optical coherence tomography (SD-OCT) shows that Roth spots affect the inner retina, with thickening of the nerve fiber layer (NFL) and hyperreflective deposits below the internal limiting membrane (ILM) that cause a shadowing effect.

These hyperreflective deposits are thought to represent the fibrin-plate hemostatic complex.

Management of a case with Roth spots

Roth spots are generally asymptomatic and typically resolve with treatment of the underlying disease. Treatment should be directed towards the underlying process.

Do you remember the case presentation that we have made earlier on this page?

Based on the previous knowledge you have gained, what will be your differential diagnosis for such case? how would you manage it? let us know in the comments section..

Sharing this page with colleagues will provide more educational and fruitful discussion.

would you have the interest to take retina images by a smartphone?

Fundus photography is superior to fundus analysis as it enables intraocular pathologies to be photo captured and encrypted information to be shared with colleagues and patients.